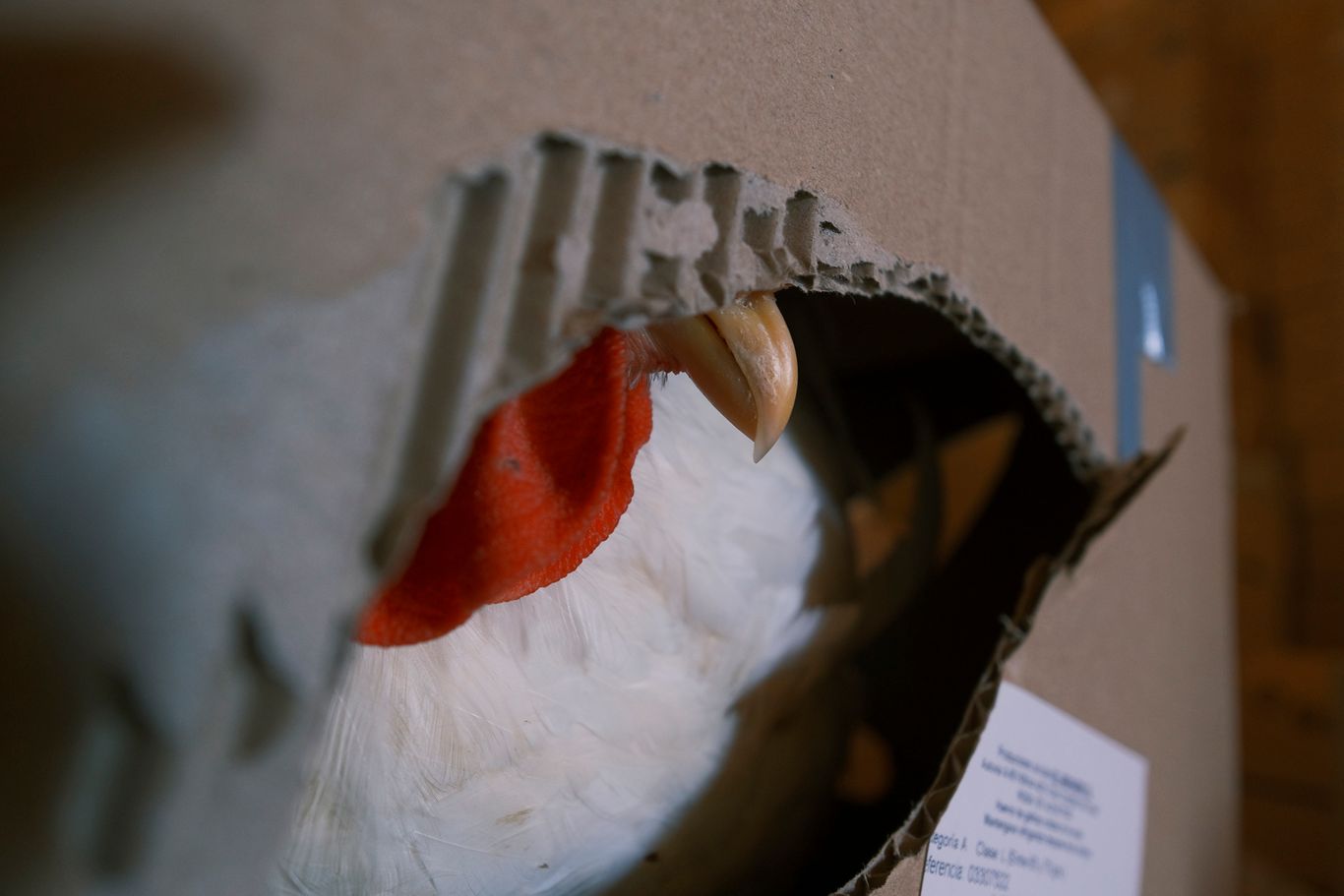 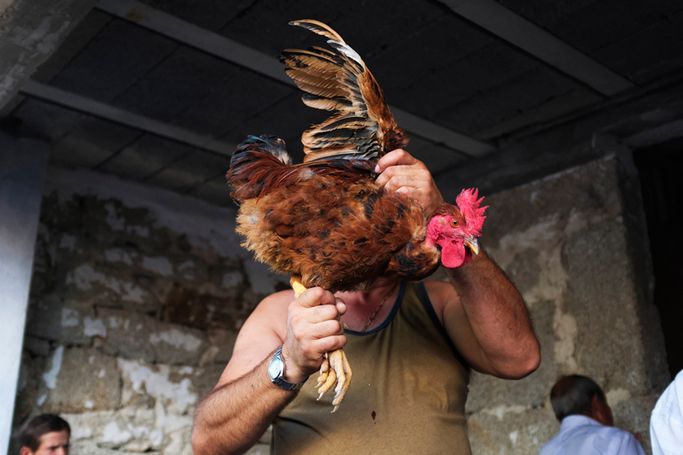 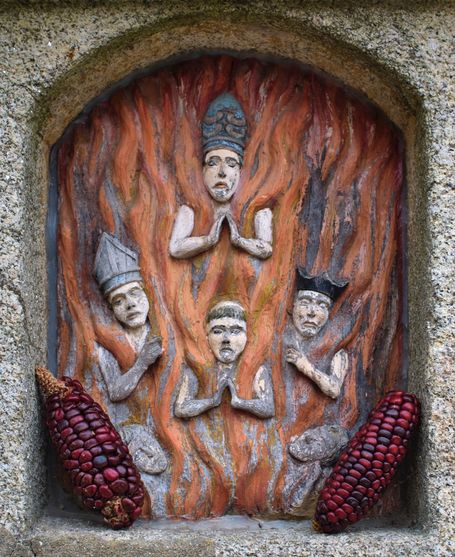 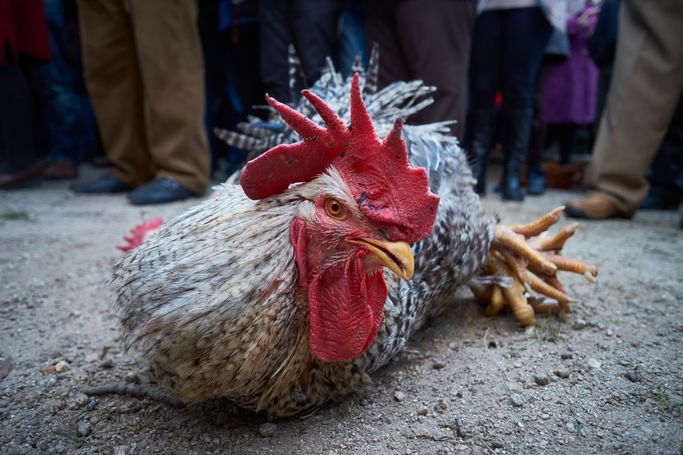 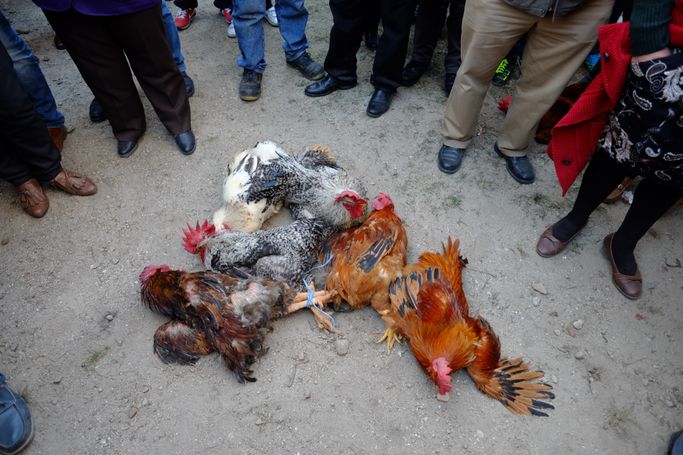 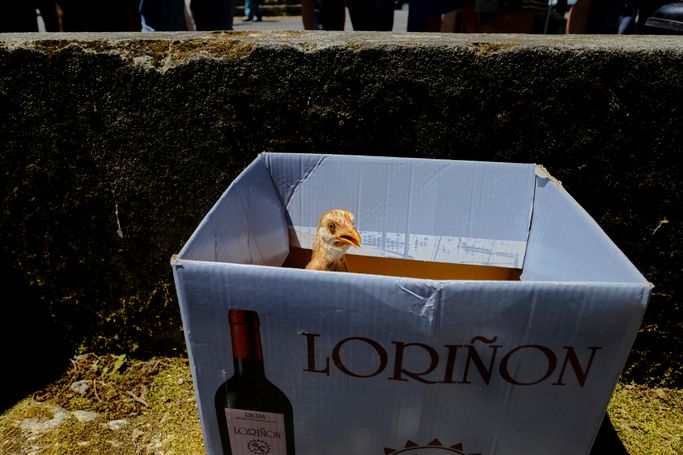 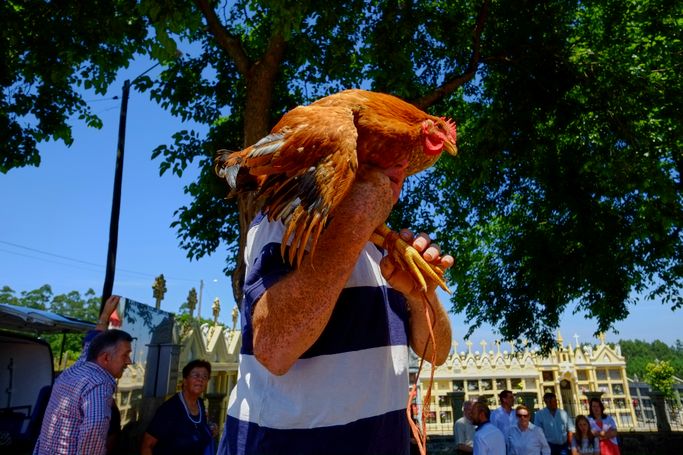 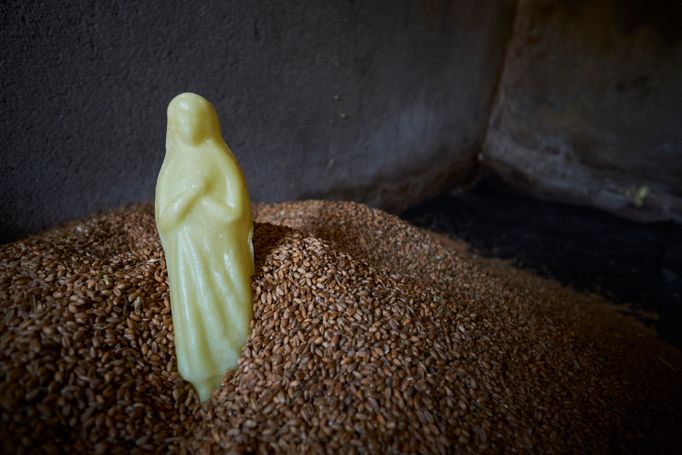 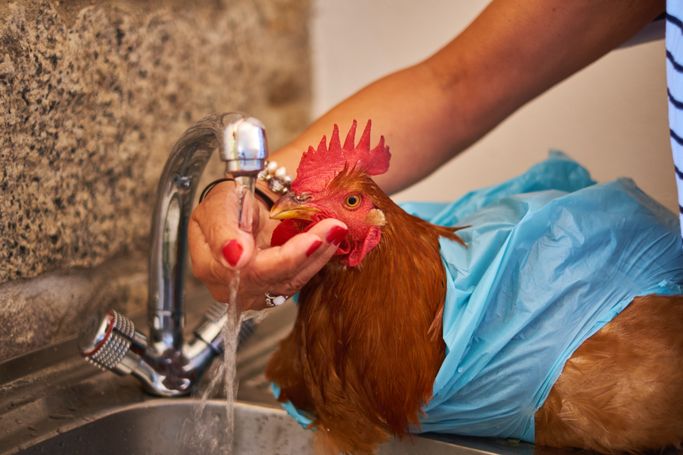 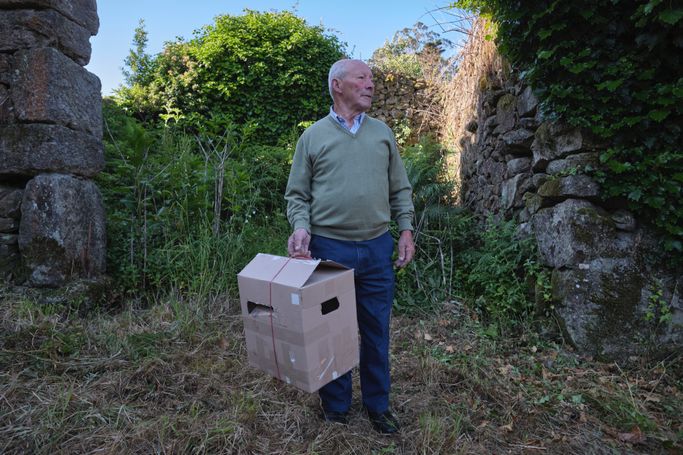 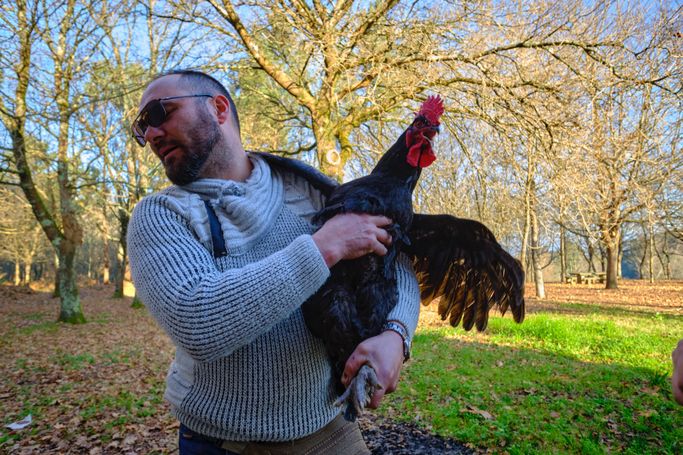 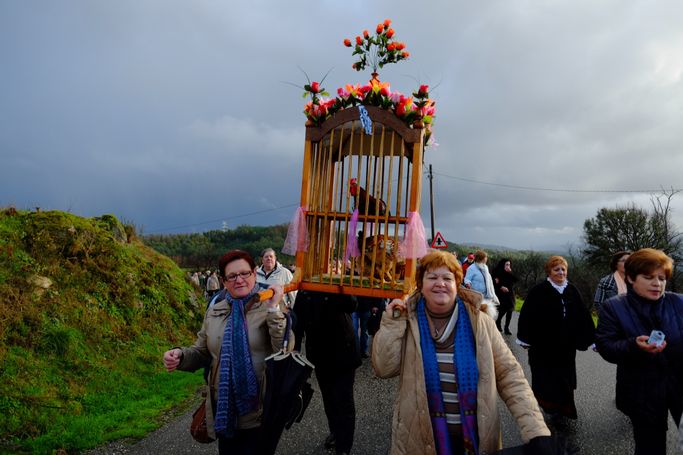 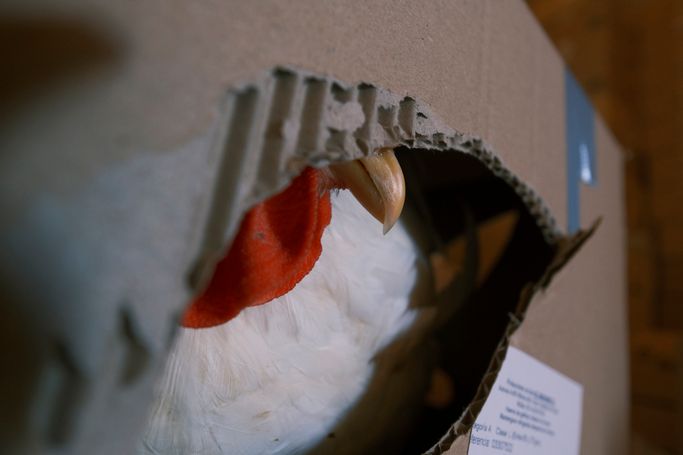 "Among the many animals whose forms the grain spirit is supposed to take is the cock. It is generally believed that the grain-spirit is present in the harvest in one or other of these forms, being caught or killed in the last sheaf. When the harvest is being reaped, the animal flees before the reapers, and if a reaper feels ill, he supposes that he has inadvertently stumbled upon the grain-spirit, who has thus punished the profane intruder" Sir James George Frazer. The golden bough. 1854 - 1941

The cockerel has always been an animal of worship for man, it is the animal that sings to the sun, the ancestral god.

The rooster is present as a beneficial figure but also as the incarnation of a harvest spirit, which hides in the last sheaf or bundle of grain, it is necessary to control, dominate and subdue this spirit in order to favour future harvests.

The syncretism of these pagan cults together with the Christian religion turned the cockerel into a being of power, fear and the need to be controlled, so it must be respected or subdued. The cult of the grain also remains a living fossil of these primitive religions and is still present in rituals and cults.